Listen for a Lonesome Drum

Yesterday, I attended a memorial service for a friend. I knew what I wanted to say, but did not have enough time to close with one passage that will always remind me of JBF, our time together, and how quickly it will be before we can hear the drums together.


"The nights grow clearer and the Pleiades, the hungry dancing boys who will not come back to their crying mother because she would not feed them, are brighter than usual. Soon I think there will be drum-beats in the Genesee Country. Then I hope you will come and get me at the Reservation as you promised and take me and my water drum into the valley on a good night. Perhaps if I beat softly there they will hear and answer me and we will know for sure what makes the sound."


- written by Cornplanter. From Listen for a Lonesome Drum by Carl Carmer - 1936. 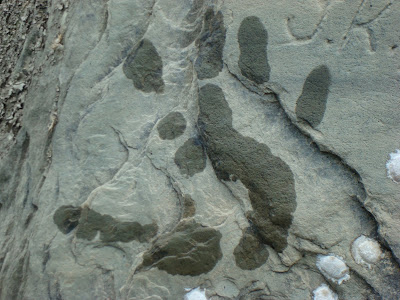 
"In 1763 there were only twenty of these Conestoga Indians left-seven men, five women, and eight children. They were still living in their village on the Shawanee Creek, their lands being assured to them by manorial gift; but they were miserably poor-earned by making brooms, baskets, and wooden bowls a part of their living, and begged the rest. They were wholly peaceable and unoffending, friendly to their white neighbors, and pitifully clinging and affectionate, naming their children after whites who were kind to them, and striving in every way to show their gratitude and good-will.

Upon this little community a band of white men, said by some of the old records to be "Presbyterians," from Paxton, made an attack at daybreak on the 14th of December. They found only six of the Indians at home-three men, two women, and a boy. The rest were away, either at work for the white farmers or selling their little wares. "These poor defenseless creatures were immediately fired upon, stabbed, and hatcheted to death; the good Shebaes, among the rest, cut to pieces in his bed. All of them were scalped and otherwise horribly mangled, then their huts were set on fire, and most of them burnt down." 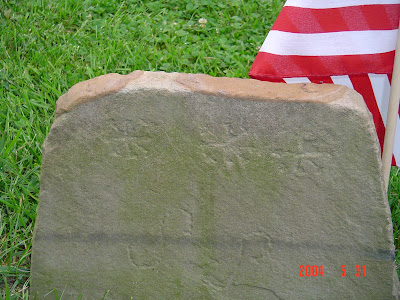 Beginning on the banks of the ancient Susquehanna River in the valley of Wyoming, we walked a few hundred yards together, and then met up several hours later at Gas Stock at the Luzerne County Fairgrounds.

More about that day here and here.

Over the ensuing years, we kept in touch via messages, blog comments and an occasional phone call.

I shall miss John's corporeal presence on this little blue dot in the cosmos...and yet, far more remains.

Until we meet again...Slán leat. 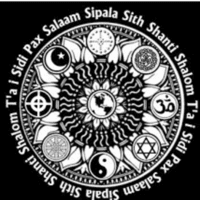 I recently learned of the passing of the BlogMeister behind Fracked.


I was saddened to hear the news, as during the years we kept in touch, the obvious breadth and depth of John's intellect both inspired and amazed me. He was truly one of a kind.

I consider it an honor that I was asked to pen few words for his obituary, and I plan on attending his memorial service in mid-December.

More in a few. 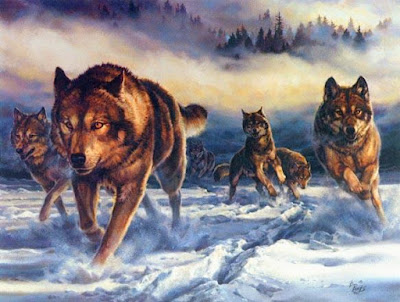 "The currents that travel unrecognized channels from ancient generations to our own can be felt more strongly, I have come to believe, on the high mesa of Carantouan than elsewhere in America."   -   from The Susquehanna by Carl Carmer

Of all the books and journals I've read about the Susquehanna, that passage remains as one of my favorites. I think about it often, and it truly helps me be "in the moment" when I recognize that I am part of and/or witnessing something special that may never happen again.

I never met Charlie Biron. He passed away last year at roughly my age. I did meet his wife and identical twin brother. I was looking to buy some York Olympic plates online, and found a post listing quite a bit of equipment not too far from my house, so after some brief exchanges, I scheduled a time to stop by.

The garage behind Charlie's house was his gym. As it was told to me, that outbuilding was a significant reason they purchased their house. When I first arrived, my eyes darted to the hundreds of pieces of equipment, plates and some exercise paraphernalia I didn't recognize. After closing the deal on the plates I came for, I started asking questions about Charlie, his lifting career, and why there were so many pieces targeting grip strength.

As best I recall, Charlie entered his last powerlifting meet in 2002, winning the NJ State Master's Championship trophy at the age of ~49.  At some point thereafter, Charlie recognized or decided that he could no longer train for P/L meets, so he refocused his love of the iron game to building grip strength. Based upon what I saw in his gym, the items I purchased, and what I've learned since...I feel qualified to state that Charlie's garage gym had a higher concentration of grip-related exercise doodads than elsewhere in America.

Energy is neither created nor destroyed, and I believe that energy can remain long after the person(s) or event(s) that created it have moved on. From the time I spent during several visits, the energy from thousands of sets and reps in Charlie's garage gym expended over many years was definitely palpable. I was both humbled and honored to be there, learn about the man, meet his wife and brother, and bring many of his iron "toys" back to my basement gym.

Someone I met within the last year or so, when purchasing some old York barbell plates from me, asked..."So what's their story?"

To a man I never met and his family: Thank you.

I'll do my best to make sure Charlie's ode is not yet complete... 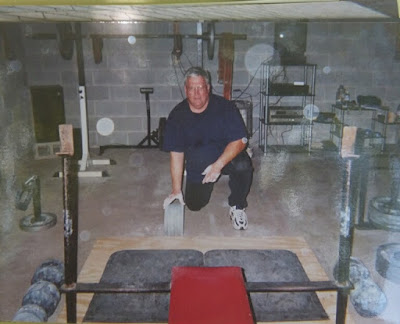 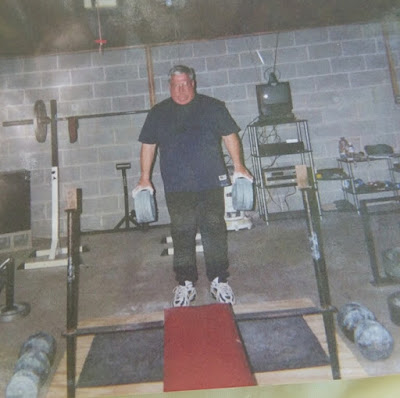 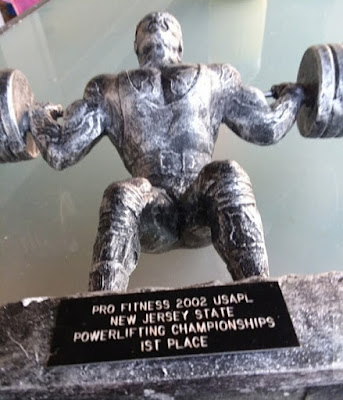 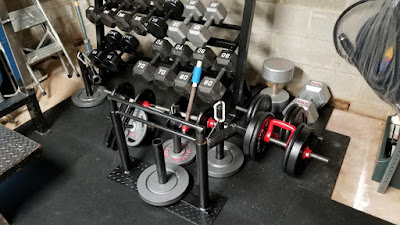 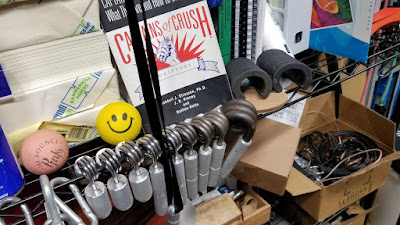 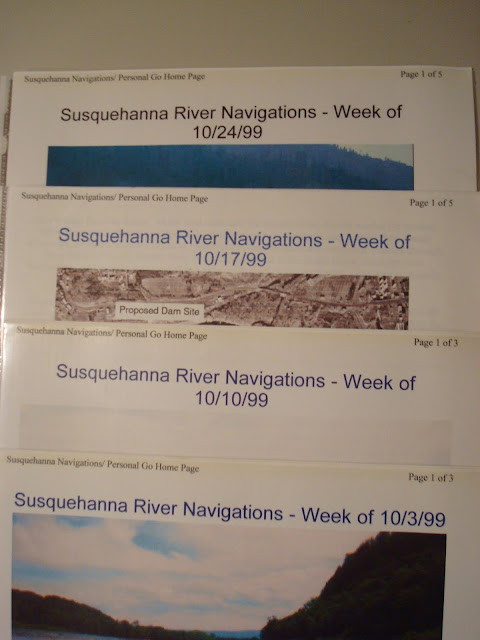 Over 20 years ago, well before Facebook and other social media platforms existed, I began blogging to get the word out about the proposed inflatable dam on the Susquehanna River.  I'm 99% sure my first efforts were in 1997, but I never bothered to print any of my posts, and the ISP/Host (Go.com?) for those early missives under the name of Susquehanna River Navigations has long since dissipated into cyberspace.

For centuries before the colonization of Penn's Woods, the forests were so thick in the Poconos between Easton and the Wyoming Valley that they were given the nickname "The Shades of Death". It is written by some that it was almost impossible to see the sun on the brightest of days due to the dense arboreal canopy overhead.

Having read hundreds of journals written by the early explorers of this continent, especially the Susquehanna watershed, what we see today is a tattered remnant of the majestic forests that existed only a few centuries ago.

From climate change to forest management, our current president is totally clueless regarding ANY environmental issue, and I continue to be amazed that there are any people left who actually believe anything this poor excuse for a man and a leader has to say.

A Walk Among Life's Lesser Angels

I can honestly say I do not recall reading this anywhere, but this simple thought follows me wherever I go.

'Be aware of those that wear their heart - or faith - on their sleeves, for their true conviction is as deep as it appears to be.' 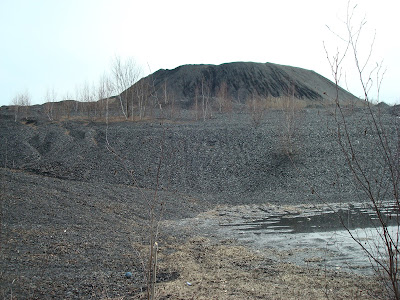 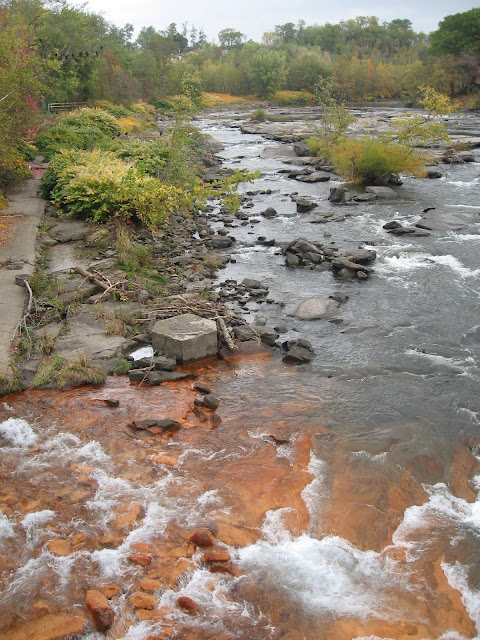 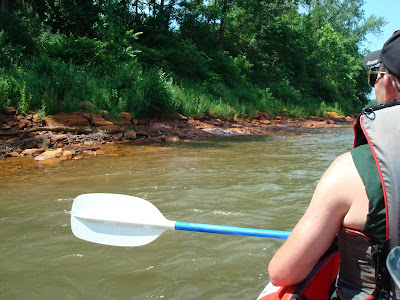 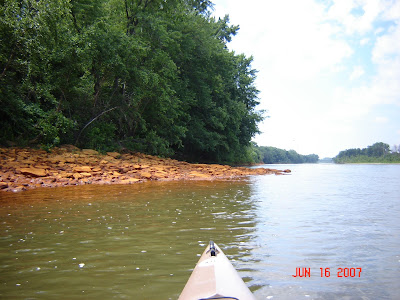 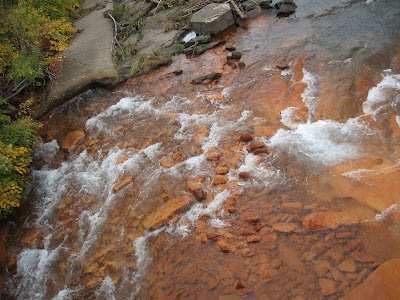 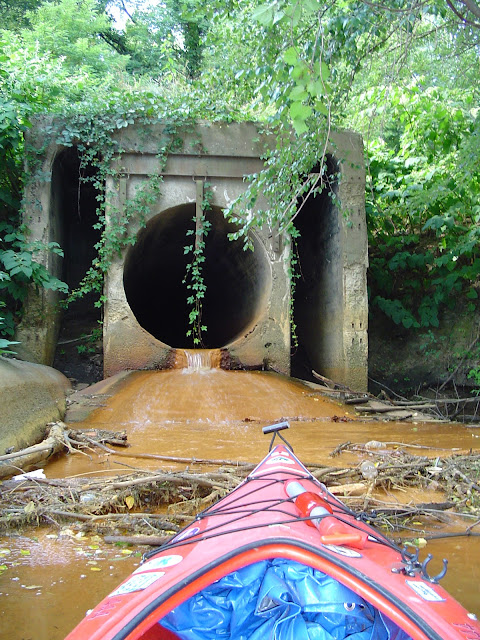 Pruitt's assault on the environment was only the beginning.

What's in Your Water?

Caught this headline this morning:

Read the rest of the article here. 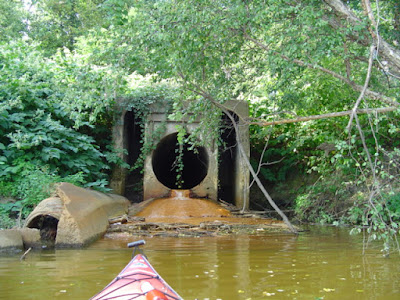